Dr. Moore's research centers on ecclesiastical, legal and scholarly traditions of Europe from late antiquity through the Carolingian Empire. His work encompasses the history of medieval politics, the history of scholarship, the papacy, liturgy, royal law, canon law, and the "history of history." Recently he has begun to study the history of philology and hermeneutics.

Publications and other information on Academia.edu:
http://uiowa.academia.edu/MichaelEdwardMoore

Dr. Moore has also written on topics such as: ancient Arcadia, Nicholas of Cusa, Jean Mabillon, Emmanuel Lévinas, and Czeslaw Milosz. He is searching for paths that lead from older literary traditions to the complexity of modern culture.

His first book: A Sacred Kingdom: Bishops and the Rise of Frankish Kingship, 300-850, was published by Catholic University of America Press in 2011, with the assistance of a subvention from the University of Iowa.

His most recent book: Nicholas of Cusa and the Kairos of Modernity: Cassirer, Gadamer, Blumenberg, was published by Punctum Press in 2013.

Michael Edward Moore is a member of our Medieval and European contingent. He received his higher education at the University of Michigan, taking a B.A. in 1984 (Phi Beta Kappa) and a Ph.D in 1993. At Michigan he studied with Czeslaw Milosz and Hans Küng. 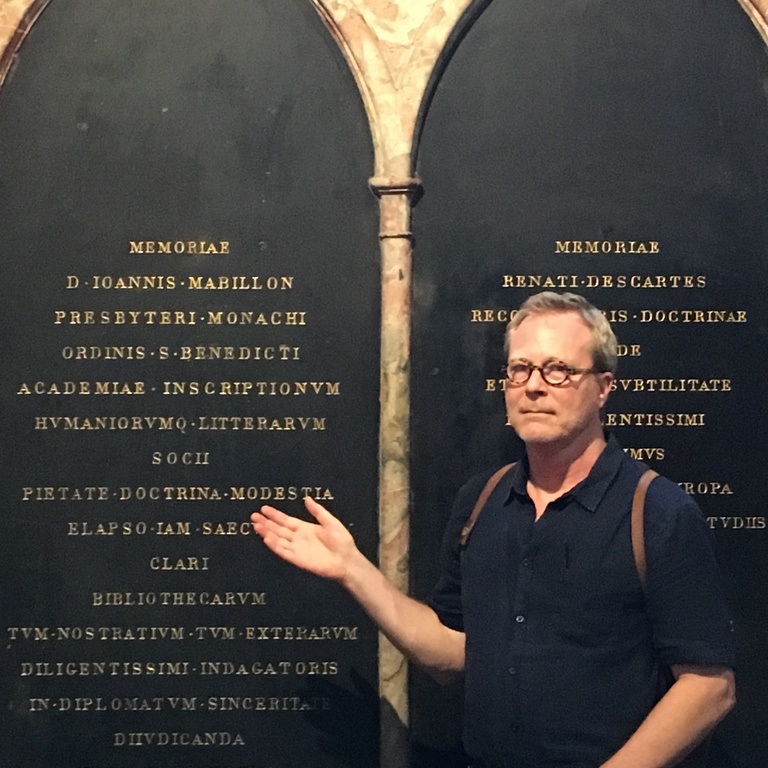