We Were All Activists Then: In Celebration of the 19th Amendment

IT WAS AN ERA WHEN PROGRESSIVE CHANGE SEEMED TO BE POSSIBLE, AND WE WERE ALL ACTIVISTS. 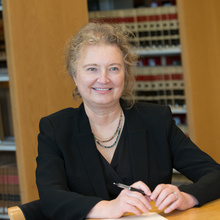 In 1976, when I was a 1st year law student at the University of Wisconsin, I spent my spring break joining 7 fellow students driving for 2 days cross-country to attend the 7th National Women and the Law Conference in Philadelphia. I was one of the first wave of women students admitted to law schools.  Roe v. Wade had been decided only 4 years earlier. The Equal Rights Amendment appeared to be a possibility. And in 1977 a small organization had become established of ALL women lawyers and ALL women law students in the entire country. It’s worth repeating: the organization comprised of every woman who had ever attended law school, or was attending law school was a small organization of about 2 or 3,000 people.

In spring of 1976, Professor June Weisberger, who herself had only graduated recently, lent us her station wagon, holding seven of us, and we drove from Madison, Wisconsin to Philadelphia not only to attend, but to bid for the opportunity to host the conference at our law school the following year. We had assembled a proposal, with the blessing of the Dean, a budget, and detailed plan of how we would host the event, if we were selected. For the 8th National Conference of Women and the Law, the plan was to choose a site in the Midwest. The organization had alternated between the east and west coasts. We had competition for the bid: from the University of Michigan, a far wealthier law school, whose dean had paid to fly 20 Michigan law students to Philadelphia similarly seeking the opportunity to host. We were outnumbered and outspent, but we were better organized and committed. We got the bid.

On the long drive back home, my friend Katrina Boedecker said to me, “You know this is going to change our lives.  This will be the entire focus of our law school experience next year.” And it was.

Katrina and I were selected as program co-chairs. Logistically, the feat was overwhelming. We had to announce the event by reaching out to all the law schools in the country, organize a program, form panels, find and book venues, and provide homes where law students coming from all across the country and living on shoe-string budgets could spend the night. Remember this was before the internet, so this had to be done by letters and follow-up phone calls. News spread by word of mouth, and letters of interest poured in.

We had no idea in advance what the topics would be. At the time, there were no “Women and the Law” courses, there were no textbooks on the subject, and there was no idea what was even a topic at the intersection of the rights and concerns of women and the law. Some were obvious to us: employment, divorce, custody, inheritance, but new ones seemed to pop up simply because someone asked us if they could be on the program. There were no established houses for battered women at the time. So when someone wrote to us suggesting that this was a problem, and she would address it in a presentation, we created a panel on the rights of battered women to sanctuary. There were states where women could not keep their names upon marriage, and others where they could not change their name back upon divorce.

So again in response to a letter offering to address it, a panel was created. Sexual harassment had not yet been recognized as an issue in legal circles. Dress codes still dictated that women could not wear pants in formal settings. Any woman who appeared at a hearing, or in court had to wear skirts and stockings. With so few women lawyers in the entire nation, many local bar associations held their meetings in private clubs that refused to admit women as members, or in any capacity except as the wives of male attorneys. Building the program, eventually more than 100 panels, was an exercise in figuring out where the cracks existed in the legal system and where the obstacles existed in a profession that had previously been off-limits to women.

In March of 1977, during spring break, some 3,000 women (and some supportive men) descended upon Madison, Wisconsin to engage in a sustained 3-day conversation on the subject of how the law needed to change.  As women, who were taking an almost unprecedented path, at a time when change actually seemed possible, all of us were activists.

Those attending later went on to become the first generation of women law professors and women judges. As with most conferences, not everyone who spoke on a panel sent in an outline, but we published a book of the outlines of those who did.

The picture below is the cover of the book, and the table of contents lists the names of many you may recognize – all the authors of the first two textbooks on the topic of women and the law, and none other than Ruth Bader Ginsburg, who was then an adjunct law professor.

As I reflect on that period, I remember that I had never even met a woman lawyer until I met Professor Weisberger, who lent us her station wagon and encouraged us to make the trip. And in the spring of 1977, when all of the conference attendees attended the plenary that we arranged, we were able to fit almost all the women lawyers in the country into a single auditorium about the size of Hancher.

The following year, Professor June Weisberger was asked by the Wisconsin Legislature to provide a revision of the entire Wisconsin Code that would make the code gender-neutral. That year, I became her research assistant.

It was an era when progressive change seemed to be possible, and we were all activists.

Lea VanderVelde is the Josephine R. Witte Professor of Law at the University of Iowa College of Law. She writes in the fields of employment law, property law, 19th century legal history, and constitutional law.