In December, the Iowa Law School Foundation (ILSF) elected four new members. Iowa Law School Foundation president Rob Youle (76JD) shared "On behalf of the ILSF board, I want to recognize the Governance and Nominating Committee, and especially Committee chair Karin Nelsen (93JD) and vice chair Jim Sawtelle (91JD).  Under Karin’s and Jim’s leadership, the Committee recommended a superb slate of candidates for election to the board, and I am confident our new directors will make positive contributions to our mission and the College of Law.  We look forward to working with Winnie, Renee, Andy, and Bill.” 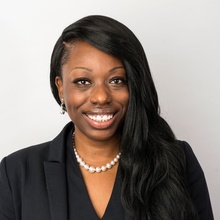 Winnie Uluocha is an associate in Goodwin Procter’s Life Sciences group and Healthcare practice. She advises all segments of the healthcare industry, including hospitals, health systems, pharmacies, private equity investors and their platform companies, investors, biotechnology and pharmaceutical companies, and other healthcare clients. In transactional matters, such as strategic mergers, acquisitions, affiliations, and joint ventures, Winnie assists in due diligence, drafting and reviewing agreements, analyzing and researching regulatory issues, forming and restructuring corporate entities, and advising on the same. She also provides statutory and regulatory compliance counseling to health systems, academic medical centers, hospitals, and a variety of healthcare entities in emerging areas such as digital health, telehealth, and data privacy and security matters.

Winnie is a member of Iowa Law’s Alumni DEI Council, she served on the steering committee for the Council, established the Alexander Clark Jr. Award Fund, has participated in Back to Iowa, and has helped with admissions recruiting. 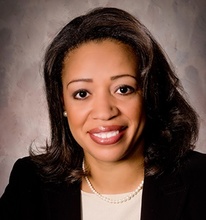 Renee has actively helped recruit law students to summer and permanent positions at 3M as well as regularly attending and supporting the Back to Iowa program. 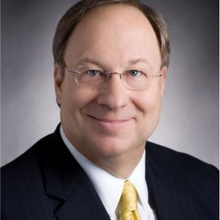 Robert “Andy” Andersen received both his BS (1972) and JD (1976),with high distinction, from the University of Iowa and served as the Articles Editor for Volume 61 of the Iowa Law Review. Andy spent the majority of his career as an environmental lawyer with the federal government in positions at EPA, the National Science Foundation, as the first General Counsel of the Defense Nuclear Facilities Safety Board, and as Chief Counsel of the United States Army Corps of Engineers. His contributions to environmental protection spanned all seven continents and were officially recognized by two U.S. Presidents, his agencies, Congress, and the Federal Bar Association. He started his legal career in private practice working at Squire, Sanders & Dempsey (Cleveland) and later joined Dewey & LeBouef (DC), Akerman Senterfitt (DC), and Clark Hill (DC). A Littauer Fellow and MPA graduate of Harvard’s Kennedy School of Government in 1986, he also taught graduate environmental and energy management courses as an Adjunct Professor for 24 years at George Washington University in DC. He currently serves as an environmental and renewable energy consultant. His daughter, Erica Andersen, is also an alumna of Iowa Law and a partner at Covington in DC. 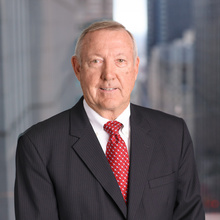 William L. Smith, Jr. graduated from the University of Iowa in 1968 and earned his law degree from the University of Iowa Law School with honors in 1971. During his years at Iowa he won six monograms on the Iowa football team and track team. He’s practiced with various firms and in 1978 he drafted amendments to the Revenue Act of the State of Illinois to extend the Senior Citizens Homeowners Exemption to life care retirement communities. It was during this time that he began purchasing various types of real estate including multi-tenant, single tenant, industrial and office properties located in the Chicago loop and Suburban Chicago, and as far east as Ohio and as far west as San Francisco, California. In addition he developed more than of 1,000 single-family homes in residential subdivisions and started a golf course investment company, which currently owns and manages several golf courses located in Illinois and Florida.