The scariest books in the Law Library...

In celebration of Halloween, our law librarians selected a list of the scariest books in the Law Library. It is advised you put on a book jacket for the chills of reading the scary book list...

The Scariest Books in the Law Library: 2022 Edition

The Law Library has something for everyone. This year’s list is vampire-inspired:

Jonathan Harker, a solicitor, travels to the Carpathian Mountains to finalize the sale of England’s Carfax Abbey to the Transylvanian Count Dracula.

Griftopia: Bubble Machines, Vampire Squids, and the Long Con that is Breaking America

A darkly comic look at the financial crisis bailout of 2008 and the “grifter class” it spawned. 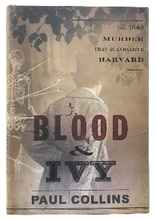 A true-crime story about the murder and dismemberment of Dr. George Parkman, one of Boston’s richest men, in a Harvard chemistry professor’s laboratory.

Since the discovery of the molecular structure of DNA, there are conflicting opinions as to who holds legal title to our blood, genes, and related health information.

Blood in the Water: Feeding Frenzies and the Mass Tort Phenomenon

by Walter Champion & Carlos A. Velasquez

A look at mass tort litigation in a number of formats, including Agent Orange, the Opioid epidemic, and concussions in the NFL.

From the publisher: “Attacks like the Charlie Hebdo and Bataclan shootings in Paris, the kidnappings and murders by Boko Haram in Nigeria, and the San Bernadino shooting were partially funded by seemingly harmless illegal goods such as cheap cigarettes, smuggled oil, prostitution, fake Viagra, fake designer bags, and even bootleg DVDs.” 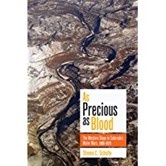 The diversion of water from Colorado’s Western Slope to the rest of the state has always been contentious. As the population in the Front Range continues to grow, water wars continue.

by Beth A. Bechky