In 2009, Iowa Law launched an alumni awards program to recognize law alumni who have made significant achievements in their careers and in their service to the College of Law. Awards are presented annually in four different categories:

Anyone can make a nomination. Nominations for the next awards are due June 30. Nomination submissions should include the category of the nomination and specify the qualifications of the nominee.  Additional information such as letters of support, press releases about the nominee, and the nominee's résumé are helpful to the Awards Committee.  To submit a nomination, use our Nomination Form. 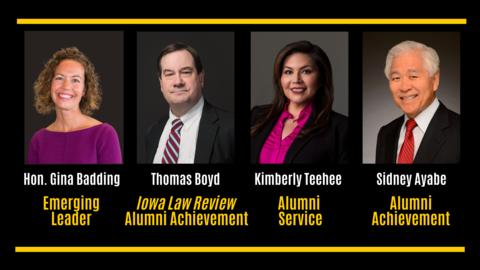 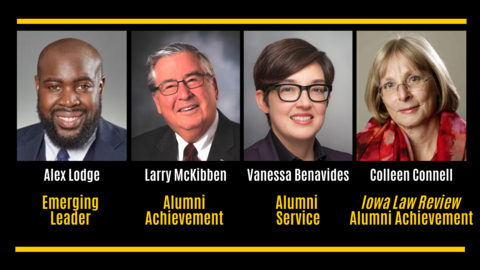 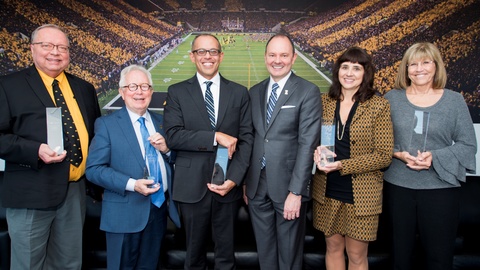 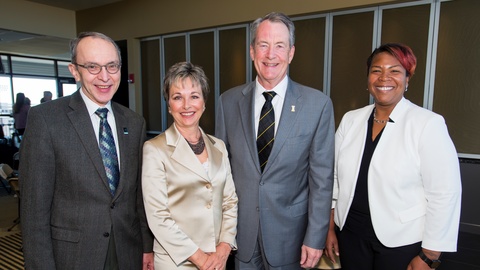 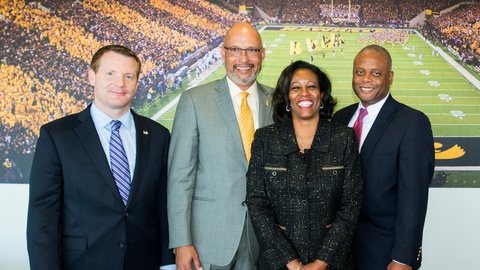 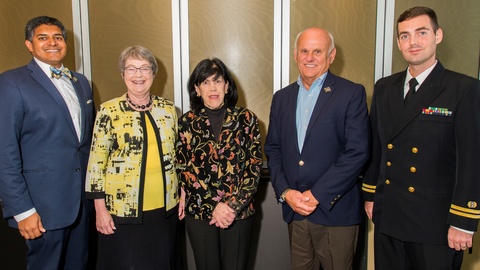 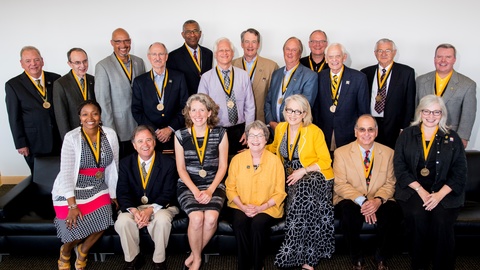 In 2015, for Iowa Law's 150th anniversary year, we could not limit ourselves, so we went big and recognized more than 150 alumni as part of our It's the People Project! 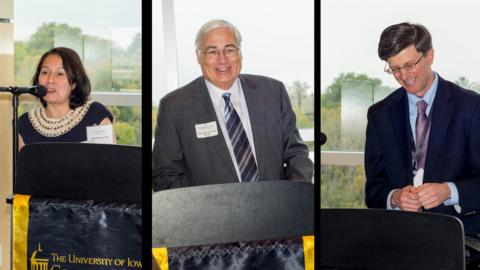 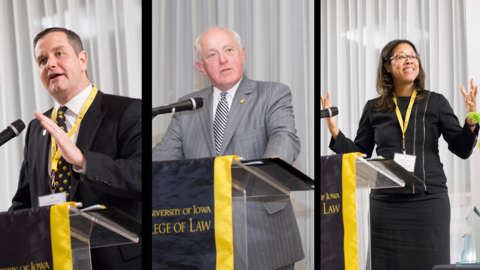