All College of Law students, faculty, and staff are invited to join the UI Center for Human Rights and the College of Public Health in a discussion of Stamped from the Beginning: The Definitive History of Racist Ideas in America by Ibram X. Kendi. The book was the winner of the 2016 National Book Award for Nonfiction and has been honored with numerous awards. Kendi was named one of “The 100 Most Influential People of 2020” by Time magazine.

The first 50 law students who request an ebook will receive one from the college.

For an ebook copy, please email uichr@uiowa.edu to request a one-time use code. The default ebook platform for use with the code is called Glose. You will need to set up a free Glose account to download the book. A free Glose app for reading on mobile devices is available for iOS and Android.

As a part of the book club, the College of Law community will join with the College of Public Health and UI Center for Human Rights to hear from Professor Teri A. McMurtry-Chubb from the UIC John Marshall Law School who will discuss "The Fire This Time, and the Next: The Making and Sustaining of an Activist." The program will be held on Wednesday, March 31 at 12:45 p.m. at https://uiowa.zoom.us/j/97432687134. 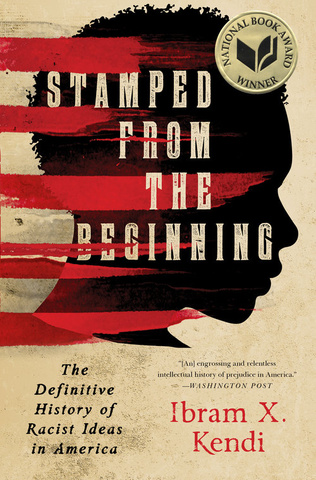 SOME AMERICANS cling desperately to the myth that we are living in a post-racial society, that the election of the first Black president spelled the doom of racism. In fact, racist thought is alive and well in America – more sophisticated and more insidious than ever. And as award-winning historian Ibram X. Kendi argues in Stamped from the Beginning, if we have any hope of grappling with this stark reality, we must first understand how racist ideas were developed, disseminated, and enshrined in American society.

In this deeply researched and fast-moving narrative, Kendi chronicles the entire story of anti-Black racist ideas and their staggering power over the course of American history. Stamped from the Beginning uses the life stories of five major American intellectuals to offer a window into the contentious debates between assimilationists and segregationists and between racists and antiracists. From Puritan minister Cotton Mather to Thomas Jefferson, from fiery abolitionist William Lloyd Garrison to brilliant scholar W.E.B. Du Bois to legendary anti-prison activist Angela Davis, Kendi shows how and why some of our leading proslavery and pro-civil rights thinkers have challenged or helped cement racist ideas in America.

Contrary to popular conceptions, racist ideas did not arise from ignorance or hatred. Instead, they were devised and honed by some of the most brilliant minds of each era. These intellectuals used their brilliance to justify and rationalize deeply entrenched discriminatory policies and the nation’s racial disparities in everything from wealth to health. And while racist ideas are easily produced and easily consumed, they can also be discredited. In shedding much-needed light on the murky history of racist ideas, Stamped from the Beginning offers us the tools we need to expose them—and in the process, gives us reason to hope.

IBRAM X. KENDI is one of America’s foremost historians and leading antiracist voices. He is a National Book 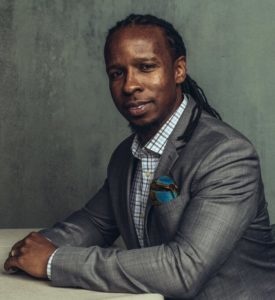 Award-winning and #1 New York Times bestselling author. Kendi is the Andrew W. Mellon Professor in the Humanities and the Founding Director of the Boston University Center for Antiracist Research. Kendi is a contributor writer at The Atlantic and a CBS News correspondent. He is the 2020-2021 Frances B. Cashin Fellow at the Radcliffe Institute for the Advanced Study at Harvard University.

Kendi is the author of THE BLACK CAMPUS MOVEMENT, which won the W.E.B. Du Bois Book Prize, and STAMPED FROM THE BEGINNING: THE DEFINITIVE HISTORY OF RACIST IDEAS IN AMERICA, which won the National Book Award for Nonfiction in 2016.

He is also the author of three #1 New York Times bestsellers, HOW TO BE AN ANTIRACIST, an international bestseller that has been translated in several languages; STAMPED: RACISM, ANTIRACISM, AND YOU, co-authored with Jason Reynolds; and ANTIRACIST BABY, illustrated by Ashley Lukashevsky. Read more about Dr. Kendi