In 2009, Iowa Law launched an alumni awards program to recognize law alumni who have made significant achievements in their careers and in their service to the College of Law. The program features four award categories: Emerging Leader, Alumni Achievement, Alumni Service, and the Iowa Law Review Alumni Achievement. The 2020 Alumni Award recipients are: 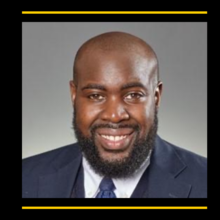 Alexander (Alex) Lodge graduated from Iowa Law in 2016 where he was a member of the Journal of Corporation Law Board, Intellectual Property Law Society, Phi Alpha Delta, and the Black Law Student Association. Prior to attending law school, Alex received his B.S. in chemistry from Grambling State University and his Ph.D. in organic chemistry from the University of Iowa.

Upon graduation, Alex became an associate at Foley & Lardner of Madison, Wisconsin and is currently IP Counsel for Cargill, Inc. His pro bono work has included co-developing a rights education program for community agencies working with at-risk populations, preparing of wills for first responders, and co-developing a conviction and arrest record expungement program to assist clients with employment and housing issues.

Alex’s long-time friend and colleague, Dr. Karletta White, describes Alex as “the one in the group that always goes above and beyond simply because it is in his spirit”. The two collaborated to develop the “Brother to Brother” Youth Summit and the Kappa Leadership Development League that connected young, minority youth with positive mentors.

“When Alex sees injustice, it is second nature for him to do all that he can to right that wrong, and this is what classifies him as an emerging leader” Dr. White says. “No boasting or broadcasting, just dedication and progressive thinking behind the scenes until the job, or the problem, is resolved.” 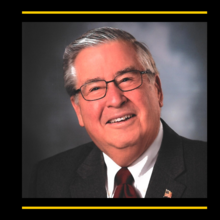 Larry McKibben graduated from Iowa Law in 1972 and has been practicing at Moore, McKibben, Goodman, & Lorenz of Marshalltown, Iowa ever since. Larry’s practice primarily focuses on agricultural, business, and tax law and Larry has been a member of the Marshall County Bar Association for 47 years, serving as its president for two years.

According to Jim Goodman, a colleague to Larry, “the thread that runs through his career is service.” Larry has served on numerous boards at the community and state levels and has given significant time to these positions. Some of the notable boards he has served on include: the Iowa State Bar Association, Iowa State Senate, Iowa Board of Regents, University of Northern Iowa College of Social and Behavioral Science Advisory Board, and the Marshalltown School Board of Directors.

In addition to his service, Larry and his wife, Marki, established a scholarship at the University of Northern Iowa to support first-generation behavioral science undergraduate students and in 2019 he received the UNI Distinguished Alumni Award.

"Larry has often been heard to quote an old phrase 'Always remember who you are and where you came from’” says Goodman. “He has always lived this mantra and, in fact, returned to his hometown to make it better by giving back.” 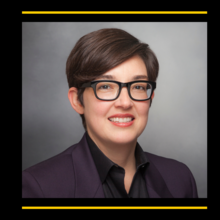 Vanessa Benavides is currently the senior vice president and chief compliance and privacy officer for Kaiser Foundation Hospitals and Health Plan. She graduated from Iowa Law in 2000 and was an editor for the Iowa Law Review. Upon graduation, Vanessa was in private practice and served as legal counsel for Caremark Rx before becoming chief compliance officer for Tenet Healthcare.

A crucial theme of Vanessa’s career has been the importance of social justice. She previously served as the co-chair of the Human Rights Campaign Board of Directors and has ensured that each of the organizations she supports promotes diversity, equity, and inclusion. In 2019 Vanessa joined The Trevor Project Board of Directors, as well as the CDC Foundation Board of Directors where, according to her mentor Don Glendenning, Vanessa has “enhanced the lives of millions.”

“Vanessa is the rare attorney who is as brilliant as she is compassionate, as compassionate as she is strategic, as strategic as she is dedicated, and as dedicated as she is effective in promoting equity and justice for all people” says Glendenning. “Her life is worthy of continual celebration. Still greater, hers is a life worthy of meticulous emulation.” 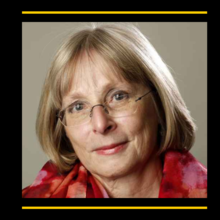 Colleen Connell graduated from Iowa Law in 1980 and joined the staff of the American Civil Liberties Union (ACLU) of Illinois in 1984. She served as the ACLU’s Associate Legal Director and Director of the Reproductive Rights Project before becoming the first female attorney to lead the organization as Executive Director in 2001. Connell was nominated for this award by the Iowa Law Review board for her outstanding advocacy and leadership at the ACLU where she promotes children’s education, inmate rights, and women’s reproductive rights.

Connell’s close friend and fellow classmate Serena Stier says that “Colleen embodies the ideal of a lawyer who is both brilliant and humane. She is devoted to doing Justice and to making institutions live up to their obligations.” Stier met Connell on their first day of law school and has observed Connell’s many efforts at the ACLU. “She has done so with her special blend of extraordinary hard work, exceptional interpersonal skills, and brilliance at seeing the places in which she could make a difference” Stier says.

Aside from her successful career at the ACLU, Connell “has also demonstrated that ‘women can have it all’” notes Stier. Connell is a wife and mother of two children. She is also an avid cook, lover of dogs, and loyal fan of the Chicago Blackhawks and the Chicago Bulls. “For thousands of years the image of Justice has been that of a woman” says Stier. “This seems particularly appropriate when I think of what Colleen has contributed to the enhancement of Justice in the world.”

Iowa Law is grateful to be the alma mater of these generous and talented individuals. These alumni have shown exceptional skill and knowledge in their respective fields as well as a dedication to sharing their abilities professionally and personally with those around them. “The faculty and I are proud of our alumni who lead in so many ways across Iowa and our nation. The alumni recognized today are representative of that wonderful leadership” says Dean Washburn. A warm congratulations to all of the award winners!

Nominations for the next awards are due June 30, 2021. Nomination submissions should include the category of the nomination and specify the qualifications of the nominee. Additional information such as letters of support, press releases about the nominee, and the nominee's résumé are helpful to the Awards Committee. To submit a nomination, use our Nomination Form.