Iowa Law has established its human rights program as a stand out in a competitive and changing world, recently earning an A+ rating for Human Rights Law from preLaw Magazine, a National Jurist Publication. The opportunities to learn and practice in this field are far reaching at the University of Iowa College of Law.

A large part of Iowa Law’s engagement with human rights is through the UI Center for Human Rights (UICHR). Established in 1999 by Iowa Law professor Burns H. Weston, Dr. Rex Honey, and Dorothy M. Paul, its mission has always been to promote and protect human rights at home and abroad through distinguished multidisciplinary leadership in human rights education, scholarship, and public service.

The center has been a unit of the College of Law since 2013 and is directed by Dean Adrien Wing, Iowa Law’s associate dean for international and comparative law programs and the Bessie Dutton Murray professor. Two other center staffers who are both Iowa Law alumni, Dr. Brian Farrell and Amy Weismann, serve as the center’s associate and assistant director, respectively.

The UICHR recently celebrated its 20th anniversary and has continually adapted its work to the changing world—no small feat during this most challenging year. 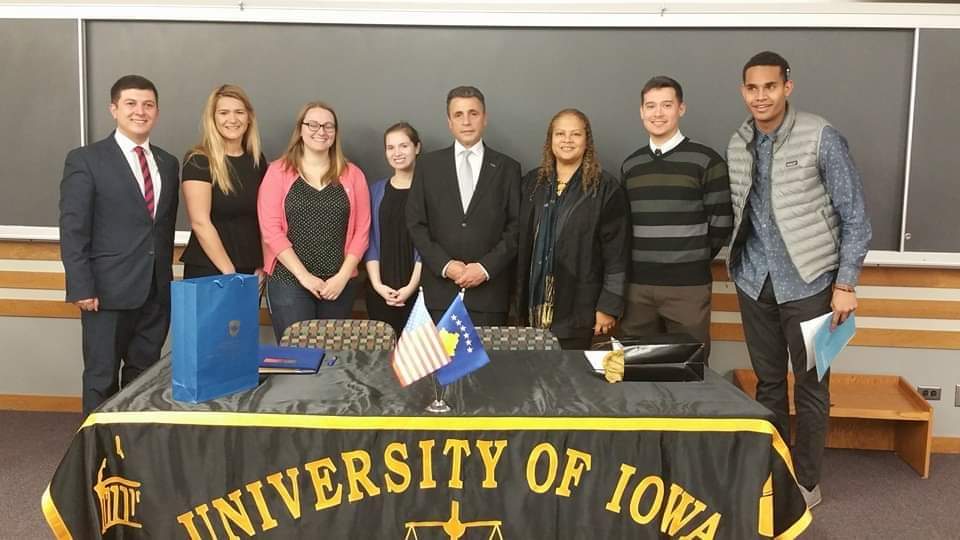 Historically, UICHR has offered a robust schedule of speakers and conferences on the UI campus. In response to recent events, the center launched a series of public virtual webinars over the course of 2020 focused on human rights issues related to COVID-19, racial equity and injustice, immigration policy, and LGBTQ rights. Almost 4,500 people attended nearly twenty events.

The center also adapted its teaching to meet the circumstances. The center’s undergraduate courses and Human Rights Certificate, an 18 semester hour credential interdisciplinary program for undergraduate UI students, transitioned to online and hybrid formats. The certificate provides a unique opportunity for undergraduates to take courses administered through the College of Law, and some of these students pursue careers in human rights or attend law school after completing their bachelor’s degrees.

While the UICHR provides a substantial amount of human rights programming for Iowa Law students, the College of Law continues to incorporate human rights material through coursework and other experiential learning opportunities.

While Iowa Law does not offer a formal human rights concentration or track in its JD programs, its offerings are strong.

Through the Clinic Law Program at Iowa Law students have the opportunity to practice working as an attorney in multiple areas pertaining to human rights law. Some of those sections include Immigration Advocacy and Law & Policy in Action. Those working in these areas of the clinic represent juveniles and adults in deportation/removal proceedings and affirmative applications, and empower people with disabilities, and combat discrimination against LGBTQ+ individuals. Students gain substantial experience working in the clinic.

Iowa Law also offers a Field Placement Program that gives students the opportunity to practice human rights in a professional setting. Students can work in both domestic and international law offices and agencies.

Iowa Law alums, Aaron Miers and Caroline Barrett, both had the opportunity to complete their externships in the Foreign Ministry of the nation Kosovo when they were students. 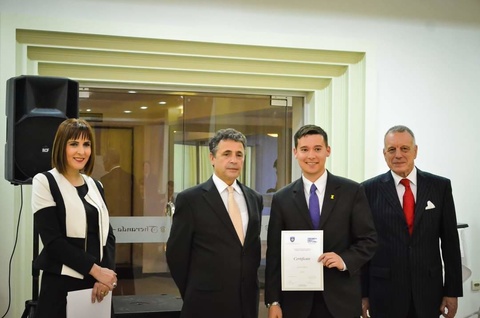 “My experience in Kosovo has opened a lot of doors for me in my career here in the U.S. and I did not expect it to,” said Caroline Barrett. “I've been told that I've been given interviews because of how it stands out in my resume and every interviewer always asks about it. Nearly all jobs demand a certain level of intercultural competency, and talking about Kosovo has been a great way of showing my ability to work with people from diverse backgrounds.”

During the externship, Aaron Miers' primary objective was to review international treaties to help Kosovo form and establish relationships with other countries. As for how what he learned in Kosovo applies to his day-to-day job as a litigation attorney Aaron says, “So much of what I do revolves around relationship building and the lessons that I learned in Kosovo such as negotiations, how to be diplomatic and compromise while seeking common ground, were so important - no matter what kind of law you practice.”

Payten Little is the Assistant to Social Media for the College of Law in External Relations. She majored in Journalism and Creative writing and graduated from the University of Iowa in December 2020. When she’s not drafting social content or editing web content, she’s writing articles for her personal blog Girl, I Get You.