Iowa Law is proud to announce the 2022 College of Law Alumni Awards honorees. This year's awards recipients were celebrated during reunion weekend at the alumni awards brunch on October 30.

Iowa Law launched the annual alumni awards program to recognize alumni who have made significant achievements in their careers and in their service to the College of Law. The program features four award categories: Emerging Leader, Alumni Service, Iowa Law Review Alumni Achievement, and Alumni Achievement.

The 2022 Alumni Award recipients are: 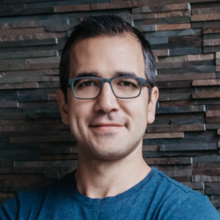 Ozan Varol grew up in Istanbul and moved to the U.S. at age 17 to major in astrophysics at Cornell University. He served on the operations team for the 2003 Mars Exploration Rovers project, but later became interested in the physics of society which motivated him to attend law school and become a law professor. After earning tenure at Lewis & Clark Law School and publishing his first New York Times bestseller—Think Like a Rocket Scientist: Simple Strategies You Can Use to Make Giant Leaps in Work and Life—he left academia to become a full-time author and speaker.

His work has been featured in the Wall Street Journal, Time, BBC, CNN, Washington Post, Newsweek, Fast Company and Slate, among others. As a sought-after speaker, he has delivered keynotes to institutions like Microsoft, Intel, lululemon, adidas, Accenture, Deloitte, Salesforce, General Electric, Google X, CVS Health, the U.S. Department of State, and the U.S. Navy. 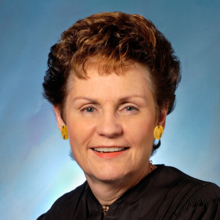 The Honorable Rita Garman was one of eight women in her law school class at the University of Iowa. When she graduated in 1968 it was difficult for women attorneys to find employment so she began her career in a temporary position at the Vermilion County Legal Aid Society. She went on to have a distinguished career in the Illinois judiciary, earning many firsts along the way. Garman was the first woman to serve as a judge in the 5th Judicial Circuit and the first female chosen for the Fourth District Appellate Court. In 2001, she was named to the Illinois Supreme Court and served as chief justice from 2013-2016. After more than 50 years on the court, Garman retired in July 2022.

Garman is often recognized for her service as a champion of legal aid services and a strong advocate of pro bono service. Most notably, in March 2017, the Vermilion County Board voted unanimously to rename the county courthouse the “Rita B. Garman Vermilion County Courthouse” in her honor, and in April 2017, the Champaign County Bar Association named her a Pillar of the Profession. 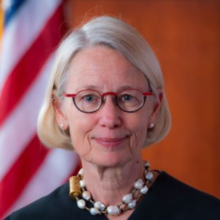 The Honorable Sharon Soorholtz Greer is a judge on the Iowa Court of Appeals. She was appointed to the court in April 2019. Soorholtz Greer previously made a name for herself as a trial attorney with Cartwright, Druker and Ryden in Marshalltown. She spent more than 33 years at the firm building a prominent career as a litigator and is a continuing member of the American College of Trial Attorneys.

The Iowa Law Review board highlighted her distinguished career and life-long dedication to Iowa Law, helping others, and serving the community. Shoorholtz Greer is an alumnus of the Iowa Law Review. 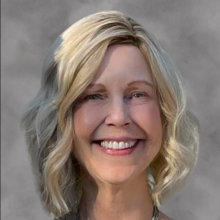 Carol Havemann Lynch has been a trailblazer throughout her career and service. She was the first woman tax attorney at ExxonMobil and the first woman to serve as president of the Iowa Law School Foundation board.

Havemann Lynch established the Class of 1972 Merit Law Scholarship, gifted funds for the endowed Deanship of Iowa Law and continues to show her commitment by engaging with law students in Iowa City and giving back to the Iowa Law community. In 2016, she was elected to The UI Center for Advancement board and is currently a member of the Executive and Governance Committees. In recognition of her leadership, learning, and loyalty to the University of Iowa, she was awarded the Hancher-Finkbine Alumni Medallion, a top university honor, in 2020.