Nicholas Johnson is among roughly 700 individuals listed in The Yale Biographical Dictionary of American Law (2009), described by the publisher as “leading figures in the history of American law, from the colonial era to the present day.” He has been listed in Marquis Who’s Who in America since 1968. In 1970, Newsweek magazine described him as one of the four candidates most in demand for university presidencies. He taught at the College of Law from 1981 until his retirement in 2014.

Born and raised in Iowa City, Professor Johnson earned his undergraduate and law degrees from the University of Texas, Austin. While there he was Phi Beta Kappa, Order of the Coif and articles editor of the Texas Law Review. After graduation, he clerked for Judge John R. Brown, U.S. Court of Appeals, 5th Circuit, and Justice Hugo L. Black, U.S. Supreme Court.

His first teaching appointment was at the University of California Law School (Boalt Hall), Berkeley. He subsequently was an Associate at the Washington, D.C. law firm of Covington & Burling, from which he was appointed by President Lyndon B. Johnson (no relation) to be the U.S. Maritime Administrator.

He is perhaps best known for his tumultuous seven-year term as a Commissioner of the Federal Communications Commission (1966-1973), during which, among other things, he was featured on the cover of Rolling Stone magazine and published How to Talk Back to Your Television Set. He later served President Jimmy Carter as a presidential advisor for the White House Conference on Libraries and Information Services.

Upon his return to Iowa City, in addition to teaching at the College of Law, Professor Johnson also taught in University’s Department of Communication Studies in the early 1980s, was Co-director of the UI's Institute for Health, Behavior and Environmental Policy, and a board member of the Iowa City Community School District School Board. 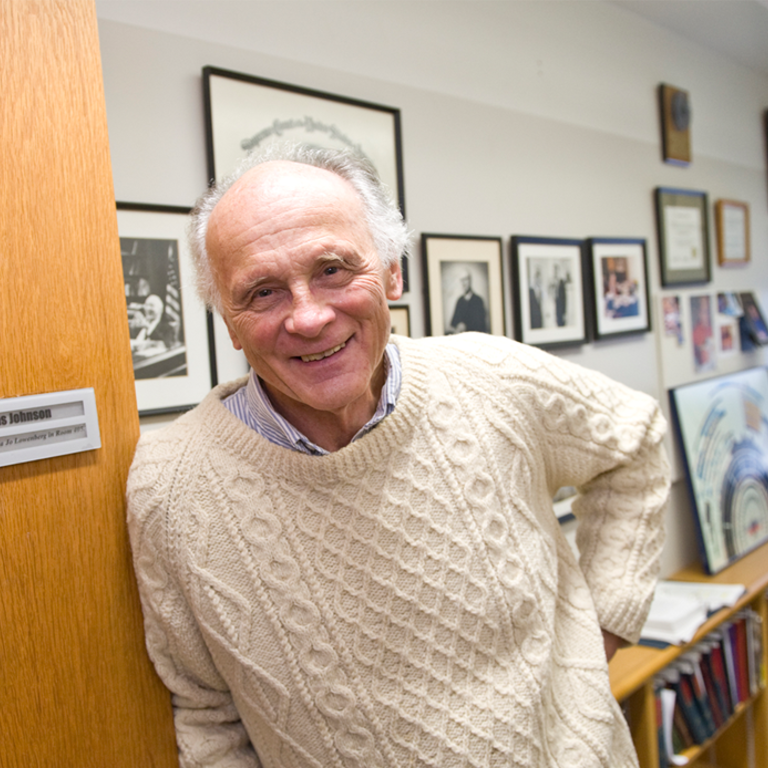