Outside of the Boyd Law Building at Iowa Law

Seven faculty at the University of Iowa College of Law have been named to endowed positions.

"Endowed faculty positions advance the College of Law and its faculty in transformative ways. This kind of private support recognizes outstanding faculty for accomplishments in legal education and helps Iowa Law retain outstanding faculty. We will be celebrating the achievements of these faculty members throughout the 2021-22 academic year,” said Dean Kevin Washburn.

Iowa Law is pleased to introduce one new chair and three new faculty with professorships. Chairs and professorships recognize outstanding faculty contributions in teaching, scholarship, and service. They enable Iowa Law to uphold and enhance the College’s tradition of excellence in legal education.

Chairs and professorships are made possible by the generous support of Iowa Law alumni and friends. Faculty are carefully selected and nominated for these distinguished positions. Iowa Law is fortunate to have more than twelve endowed positions of this caliber. 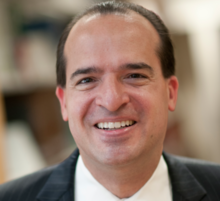 The Daum Chair was established in 1998 by Lucile Daum in memory of her husband F. Arnold Daum (BSC32, JD34) who had enjoyed a successful practice and career in New York.

Before entering academia, Professor Miller, like Arnold Daum, practiced law in New York City. His teaching and scholarship draw on his experience at Wachtell, Lipton, Rosen & Katz and focus on business combination transactions and the market for corporate control. He is a past chair of the Corporation Law Committee of the New York City Bar Association, and he has recently taken over editorship of Professor William Carney’s casebook on mergers and acquisitions. He has taught courses on Mergers & Acquisitions, Corporate Finance, Securities Regulation, Business Associations, Law & Economics, Antitrust, Contracts, and Capitalism. He also regularly teaches a course on “Deals” that brings to the law school leading transactional attorneys from around the country to discuss with Iowa students real-life corporate transactions in which the attorney have been involved. 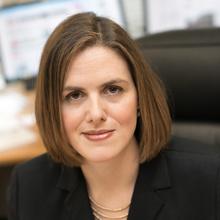 The Charles E. Floete Professorship was established in 1994 by Kathi Floete in memory of her father, Charles E. Floete (LLB, 1879). Floete recognized the role that the College of Law played in helping her father build a successful career in banking and real estate to provide a great life for Kathi and her siblings.

Professor Maya Steinitz teaches Civil Procedure, Corporations, International Business Transactions, and International Arbitration. Her research focuses on a wide range of topics including the intersection of civil litigation and corporate law, public and business international law, transnational dispute resolution, and the global legal profession. She is one of the nation’s leading experts on litigation finance. Steinitz remains active in international dispute resolution. She regularly serves as an arbitrator, expert, and counsel in international and domestic arbitrations and is a Member of the ICC Commission on Arbitration and the Academic Council of the Institute for Transnational Arbitration. She served on the inaugural bench of the Israeli-Palestinian ICC Jerusalem Arbitration Center (JAC) as well.

Prior to joining academia, Professor Steinitz served as a litigator at Latham & Watkins, LLP (2003-2009) and Flemming, Zulack & Williamson LLP (2001-2002). She also clerked for Hon. Esther Hayut, currently the Chief Justice of the Israeli Supreme Court (1998-1999). While in private practice, Professor Steinitz led the representation of the emerging government of Southern Sudan in drafting its national and sub-national constitutions and provided legal advice on various aspects of the Sudanese peace process.

Steinitz earned an LLB from Hebrew University Faculty of Law and her LLM and JD from New York University School of Law. 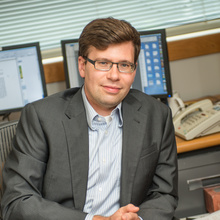 The Hammer-Boyd Professorship was established in 2019 through an estate gift from the late David L. Hammer (JD56) and the late Audrey L. Hammer. The gift was made to honor Willard “Sandy” Boyd who was David’s long-time friend and faculty mentor.

Professor Rantanen’s teaching and scholarship are in the areas of patent law, federal courts, and empirical legal studies. He has authored numerous articles and book chapters that address the law from both practical and theoretical perspectives, and his scholarship has appeared in the USC Law Review, Florida Law Review, Washington & Lee Law Review, American University Law Review, Michigan State Law Review, and Stanford Technology Law Journal, among others. Rantanen is also a co-author of the widely read PatentlyO law blog. Rantanen scholarship is cited by other scholars more often than the scholarship of any other member of the Iowa Law faculty.

In addition to his teaching and scholarship work, Professor Rantanen is the faculty advisor for the Iowa Intellectual Property Law Society student organization and the College of Law’s combined degrees program, is the director of the Master of Legal Studies program, and is director of the Iowa Innovation, Business & Law Center.

Rantanen earned his AB at Brown University and his MA and JD from the University of Chicago. 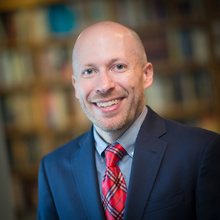 The David H. Vernon Professorship was established in 2001 by Dean N. William Hines through gifts from family, colleagues, and friends made in memory of professor and former dean of the University of Iowa College of Law, David H. Vernon. The first professorship appointment was in 2005 to the late Randall P. Bezanson. Bezanson was succeeded by Sheldon Kurtz, who held the position until his retirement in May 2021, Yockey is thus the third holder of the professorship in the legendary dean’s name.

Professor Vernon’s widow, Rhoda Vernon, who is in her 90s, remains a beloved member of the Iowa Law community.  Dean Vernon famously wore red socks every day, as represented in his portrait in the Boyd Law Building. When Professor Kurtz learned that Professor Yockey would succeed him in the Vernon Professorship, Kurtz gifted Yockey a new pair of red socks.

“This is the ultimate honor a person in my profession can achieve. It’s incredibly humbling, and I couldn’t be more grateful. It also creates some new pressure. As I work to improve the understanding of my field, I will be responsible for honoring the accomplishments of everyone who came before me, including my mentor, Shelly Kurtz, and the legendary David Vernon. I will continue to do all that I can to raise the profile of Iowa Law and help our students,” shared Yockey.

Professor Yockey teaches Business Associations, Securities Regulation, Private Companies, and a seminar on Compliance, Ethics, and Risk Management. His teaching has been recognized at the college and university level—named Iowa Law teacher of the year in 2012 and a four-time nominee for the campus-wide President and Provost Award for Teaching Excellence. Yockey was also elected to serve as the President of the University of Iowa Faculty Senate. He is the faculty advisor to the Iowa Law Review, and a co-founder of the law school’s First-Generation Professionals (FGP) student organization, which launched in 2019.

Before coming to Iowa, Yockey practiced corporate and securities litigation at Sidley Austin LLP in Chicago. After graduating from law school, he clerked for the Hon. John D. Tinder (retired from the U.S. Court of Appeals for the Seventh Circuit) in Indianapolis.

Iowa Law is pleased to recognize three new fellows. Fellowships acknowledge exemplary promise, reward strong performance, enhance professional development, and encourage faculty in the early stages of their careers to continue pursuing their professional goals at the University of Iowa College of Law. 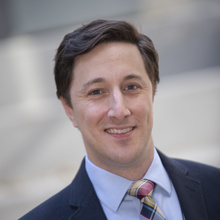 The Bouma Faculty Fellowship was established by brothers: John (JD60) and Bob (JD62) Bouma. John had a distinguished career with Snell & Wilmer in Phoenix Arizona where he had advanced from associate to partner to Chair. Bob had an outstanding career with McDermott, Will & Emery in Chicago and had served the Iowa Law School Foundation as its president.  Both of these leading law firms boast numerous Iowa Law alums in part because of the leadership of the Boumas.

He is a graduate of the University of Notre Dame Law School and worked as a judicial clerk for the Hon. Raymond W. Gruender of the United States Court of Appeals for the Eighth Circuit in St. Louis, Missouri. He then practiced litigation with Kirkland & Ellis LLP of Chicago, Illinois. He earned his BA from Hillsdale College. 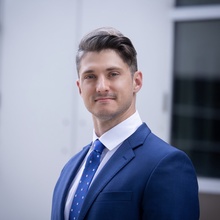 The Michael (JD80) and Brenda Sandler Faculty Fellowship was established in recognition of the role Iowa Law played in Michael’s career as well as his service to the Iowa Law School Foundation.

Professor Odinet’s research specializes in commercial/consumer finance and real estate, with an emphasis on mortgage lending and financial regulation. In law reform circles, Odinet has served as a two-time commissioner with the National Conference of Commissioners on Uniform State Laws, as an advisor to a number of that organization’s study and drafting committees, and as a member of a European Law Institute committee studying digital asset transactions. Professor Odinet is also an elected member of the American Law Institute. 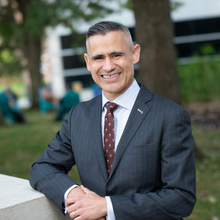 The Claire Ferguson Carlson (JD50) Fellowship was established by Raymond Carlson in memory of his wife, Claire, who had a distinguished legal career in Fort Dodge, Iowa.

Professor Rosado Marzán joined Iowa Law in Fall 2020. Prior to coming to Iowa Law he taught at IIT Chicago-Kent College of Law, where was also a co-director of the Institute for Law of the Workplace. Before becoming a professor, he worked in New York City law firms representing labor unions and employees. His scholarship is doctrinal and socio-legal, focusing on U.S., comparative, and international labor and employment law, labor and social movements, and institutions. Empirically, he has studied labor inspectorates, labor courts, works councils, labor unions, and worker centers.

He earned his BA from Haverford College, his JD from the University of Pennsylvania Carey Law School and his MA and PhD (Sociology) from Princeton University. Rosado Marzán is the first Puerto Rican professor at Iowa Law.