This fall we celebrated the 2021 honorees during reunion weekend at the annual Alumni Awards brunch on Sunday, October 17. We also recognized the 2020 award recipients and two attended in person.

Iowa Law launched the alumni awards program to recognize law alumni who have made significant achievements in their careers and in their service to the College of Law. The program features four award categories: Emerging Leader, the Iowa Law Review Alumni Achievement, Alumni Service, and Alumni Achievement. The 2021 Alumni Award recipients are: 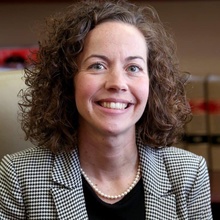 Judge Gina Badding received a JD with Distinction from Iowa Law in 2004 and was appointed as a judge of the Iowa Court of Appeals in July 2021 in order to fill the vacancy left by the retirement of Judge Richard H. Doyle. Prior to that she served as a district judge in Judicial Election District 2B. She is also a member of the Iowa State and Carroll County Bar Associations along with the Community Foundation of Carroll County and 712 Women on a Mission.

Badding was previously a staff attorney for the Iowa Court of Appeals and has worked in positions such as an associate attorney and partner in private law. She has also practiced with Neu, Minnich, Comito, Halbur, Neu & Badding, and P.C.

Paul Thelen said he “knew Gina back when we were on the first mock trial team from our high school to qualify for the state tournament. Six of those ten team members would go on to graduate from law school—including Iowa, DePaul, Georgetown, and Yale—and Judge Badding was already distinguishing herself then as someone with a passion for the law.”

“I will simply say what I know many others have observed: Judge Badding is smart, creative, meticulous, and diligent. But perhaps what I recall most is that Gina brings a spirit of joy to everything she does. She leads a life of passion and purpose, and I expect that she will continue to be a source of strength for her family, friends, and those who have the good fortune to work with her,” he added. 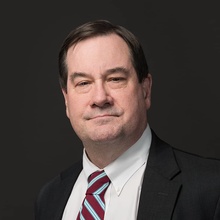 Thomas Boyd was a student writer on Volume 71 of the Iowa Law Review and served as Note and Comment Editor for Volume 72. He graduated from Iowa Law in 1987. Following graduation, he clerked for the Honorable Ronald E. Longstaff and then the Honorable Donald P. Lay, both of whom had been outstanding editors of the Iowa Law Review. When he finished clerking, Boyd joined Winthrop & Weinstine where he has been practicing law ever since. He is a fellow of the American Academy of Appellate Lawyers, an elected member of the American Law Institute, and serves on the Minnesota Board of Law Examiners. He has also published widely, and has taught courses at the University of Minnesota Law School and William Mitchell College of Law.

“The Editorial Board was ecstatic to have the opportunity to present Tom Boyd with the Iowa Law Review Alumni Achievement award,” stated Iowa Law student, David Salmon, “We could not have imagined a more accomplished or deserving candidate for this year's award. His storied career as a litigator and unwavering commitment to pro-bono work set him apart as a nominee. Tom's continued support for the college of law and his community make him a truly exceptional alumnus of the Iowa Law Review.” 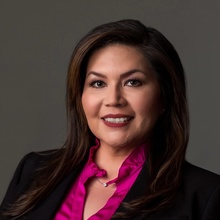 While serving in the White House, Teehee guided support for the United States to join the United Nations Declaration on the Rights for Indigenous People and push for enactment of the Violence Against Women Act. In September of 2019, she was appointed as the first Cherokee delegate in the House of Representatives.

When introducing her, Dean Washburn remarked on Teehee’s unwavering commitment to service. “If Kim can find a way to improve a situation for a person, a community, or the world, she will. Through her leadership and spirit of service Kim improves situations.” 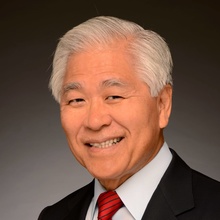 Sidney Ayabe received a JD from Iowa Law in 1970 and was admitted to the Hawaii State bar that same year. He is also a member of the American Bar Association, the American College of Trial Lawyers, and the American Board of Trial Advocates, while currently serving on the Board of Directors for The Mediation Center of the Pacific, the Board for the Volunteer Legal Services of Hawaii, and the Board of Trustees at Lawrence University.

His classmate, Will Hoekman stated that, "Sid Ayabe is an accomplished, gracious and generous man. He attributes his success to the College of Law. His love for his alma mater was truly evident as he inspired his classmates to support the 1970 Class Scholarship Fund. Pledges to the fund broke the record significantly exceeding gifts given previously by other 50th reunion classes. An impassioned advocate for our school, Sid often remarked that giving back to Iowa Law was a way to thank Iowa Law.”

In addition to Iowa Law’s alumni awards, several other law alums were recognized across campus this year: